Skip to content
Posted on April 16, 2014 by gumc1346 Posted in Pastoral Ponderings

I received the following this day from Lori Stephensen, D.S. of the State College District and thought it was a wonderful thought to share with you all as I was considering what to post for Holy Week. Take time to reflect and worship this week as you remember and journey to the table, the cross and to the tomb. Here is what was shared:

Let me start by sharing two stories, one from over a hundred years ago and one from this week:

This song was written by Philip Paul Bliss, who was born in a log cabin in the Northern Pennsylvania Woods of Clearfield County on July 9, 1838. He was born to parents that loved to sing. His youth was spent in extreme poverty, and he was a large, awkward boy. At the young age of 11, he left his home to find work, and worked at various lumber camps and sawmills for about 10 years. It was at age 12 that he made a profession of faith in Christ. After pursuing a career in education, Bliss attended a singing school for the first time. His voice developed into a beautiful bass. After meeting D.L. Moody, he teamed up with D.W. Whittle and conducted revival meetings all over the country. Tragically, he and his wife were killed in a train accident in Ashtabula. The railroad train on which Mr. and Mrs. Bliss rode to their death left Buffalo, New York, on Friday afternoon, December 29, 1876. At eight o’clock that evening, while approaching Ashtabula station, and crossing a ravine, the bridge gave way, and the train, with its precious freight of human lives, was precipitated to the bottom. Bliss had gotten out of the train, but went back to save his wife and was burned to death. In a trunk pulled from the wreckage was found his last song, “I Will Sing of My Redeemer.”

Reat Underwood, 14, and his grandfather Dr. William Corporon, 69, both members of the United Methodist Church of the Resurrection, Leawood, Kan., and Terri LaManno, a member of St. Peter’s Parish Catholic Church, were killed April 13. The suspect, Frazier Glenn Cross, 73, is linked to anti-Semitic and white-supremacist activities.
Investigators are calling the shootings a hate crime. Barry Grissom, U.S. attorney for Kansas told reporters that U.S. Attorney General Eric Holder had expressed his concern and condolences. If convicted of a hate crime, Cross may face the death penalty.

The Anti-Defamation League said it warned last week of the increased possibility of violent attacks against community centers in the coming weeks, “which coincide both with the Passover holiday and Hitler’s birthday on April 20, a day around which in the United States has historically been marked by extremist acts of violence and terrorism.”

Living on faith
The Corporon family held an April 14 press conference at their church. Mindy Corporon’s faith has been evident in many interviews following the shootings. Mindy Corporon said she has asked the Rev. Adam Hamilton, pastor of Church of the Resurrection, why it is important for her to speak to the press and others.

“I have asked my pastor why it is so important (for me) to speak and why people are asking to interview me. … I have a peace about me. Literally, when I saw my father lying there I heard God say ‘He is in heaven.’”

Hamilton called her son, Reat, “a remarkable young man, full of life, gifted in so many ways.” “He had amazing parents and family who loved him dearly,” Hamilton added. “He was with his grandfather, Bill, when they were both killed in this senseless act of violence. Bill was a loved physician, father, grandfather and friend.”

“The family has a deep faith, and remarkable strength and courage. They don’t believe this tragedy was God’s will, but they do believe that Reat and Bill are safe in God’s arms. They believe that evil will not have the final word and that good will come from this tragedy and they want to move towards that end, even in the midst of their grief.”

Moments after shootings
Mindy Corporon arrived at the community center minutes after the shootings because her father was taking her son to participate in the Kansas City Superstar competition. Underwood was prepared to sing “On the Street Where You Live,” and “You Will Miss Me When I’m Gone,” she said. Before he left for the audition, she said, “I got to kiss him and tell him I loved him.”

“My dad and my son were at the wrong place at the wrong time for a split second,” she said. “He was with us for a wonderful 14 years; he had a really full life for a 14-year-old, and we were very blessed.” …LaManno’s Catholic church, St. Peter’s Parish, posted a message on its website calling LaManno “a loving mother and wife, and a gentle and giving woman.” . . . The Children’s Center for the Visually Impaired in Kansas City, where LaManno worked as an occupational therapist, described her as a “gracious, generous, skilled and deeply caring individual who made a great difference in the lives of so many children and their families.”

Dr. William Lewis Corporon and Reat Griffin Underwood will be remembered at 3 p.m. on Good Friday, April 18 in the main sanctuary of The United Methodist Church of the Resurrection. The family has requested that donations honoring Dr. Corporon and Reat be made to The Blue Valley Education Foundation, The Church of the Resurrection KiDS COR, Boy Scouts of America and Operation Breakthrough.

Gilbert is a multimedia reporter for United Methodist News Service. Contact her at (615)742-5470 or newsdesk@umcom.org.

So, why am I sharing these two stories? To remind us that life is precious and short. None of us know the number of our days; however we CAN know the One who will greet us when our days on earth are ended. We CAN know the “Man of Sorrows” who died to conquer death. We CAN be forgiven. We ARE loved. Isn’t that a precious gift? Please share that gift with your neighbors today for time may be short. Tell the story of Jesus and his love. 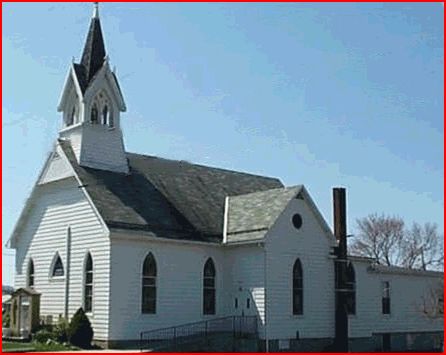